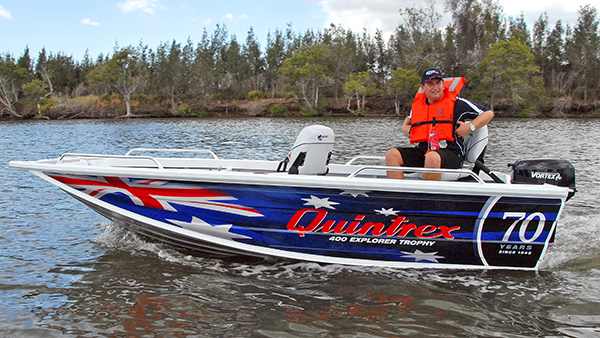 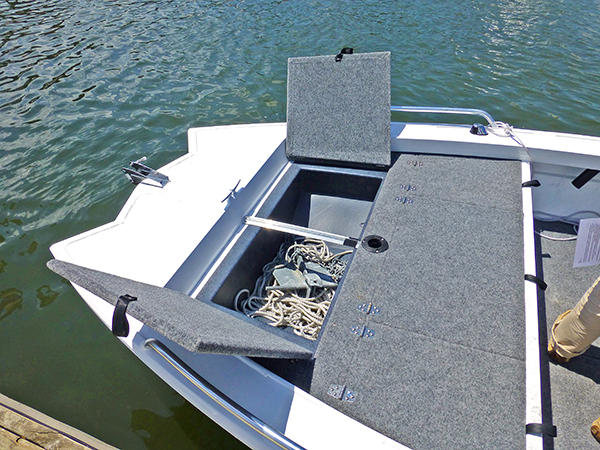 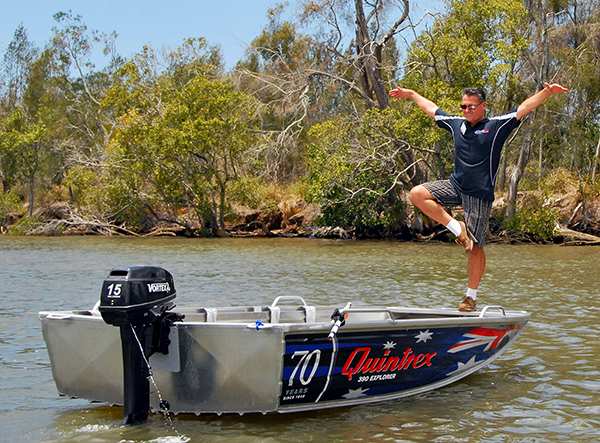 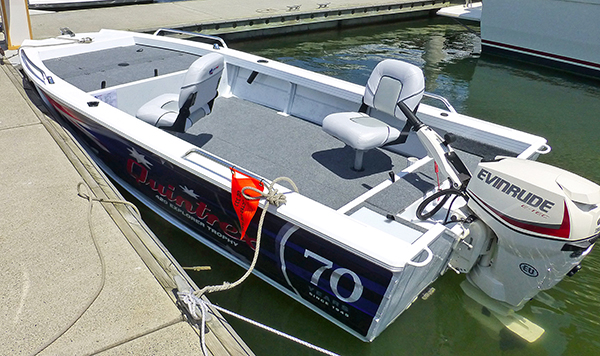 To celebrate Quintrex’S 70 years of boat building, the company has chosen to upgrade its top-selling Explorer boats.

The saying has widespread support, and is a source of inspiration to conservative-minded anglers; however, time and technology move on and there is always room for improvement.

Such is the case with the Quintrex Explorer, a boat regarded as something of an icon by many estuary and freshwater anglers. For 20 years, Quintrex’s Explorer range has offered boaters an affordable and reliable tinnie versatile enough to fish creeks, to use as a tender or to car-top. An all round, no-fuss tinnie, the basic design of the Explorer has remained unchanged – until now, that is.

Quintrex has done the unthinkable and given its most popular boat range a huge update. It is a mark of the standing of the Explorers that Quintrex chose them to carry the flag for its 70th anniversary celebrations.

The new range of Explorers is designated the “F” series. Quintrex national account manager Cameron Wood said the 390 Explorer has long been a “best selling” model; however, the new design is a “game changer” that will grab the interest of everyone, from stalwart Explorer fans to first-time boat owners.

Explorer boat users will be surprised at how much the company has been able to improve the range.

Design changes go beyond a cosmetic facelift. Explorer boat users will be surprised at how much the company has been able to improve the range. The new models are roomier, drier, and more stable, offer better handling, and come with more feature options.

To prove the point, Quintrex set up a “Dinghy Derby” on the Nerang River near the Sanctuary Cove Resort on the Gold Coast. The 200m-slalom consisted of two lines of six buoys, about 150m apart. The gaggle of boating writers was divided into two teams, and each writer assigned to one of the eight boats. The boats ran down, and in and out of the buoys, turning around the last buoy then repeating the run back to the starting point. It was a race. I came away impressed at the handling and stability of the Explorers.

“There is extra room for your fishing gear, and the sharper entry point creates an even softer-riding hull.”

“There is extra room for your fishing gear, and the sharper entry point creates an even softer-riding hull.

“As one tough tinnie, the new Explorer features stronger side sheets and a sleek new look thanks to a new pressing design, which increases strength by 50 per cent in comparison with previous models.”

The new Explorer models are the 390F, 400F, 420F and 440F, and already the new forked-shaped bow deck has been unofficially named the “pickle fork.” There is more fishing room in the new models. On the bow, the front casting platform and underfloor storage is 10 per cent larger.

Experienced Explorer users will appreciate the wider chines that result in improved stability at rest. The deeper entry point in the bow had increased the deadrise in the 390F and 420F Explorers by about seven degrees, and made for a softer ride. The 420 Explorer is used all over Australia, and it features 2mm bottomsides, and a massive, for its size, 1.88m beam.

Packed with most fishing needs, the Trophy range includes front and rear casting platforms and rod holders as standard, while the 440 Explorer has the option of a rod locker with an easy access lift-up door.

The Explorer range is idolised for being a no-fuss tinnie, and the base model of some boats come with bench seats. In the 390F, for example, this would keep the weight down and so would suit the boat’s use as a car topper. This doesn’t mean Quintrex doesn’t offer comfort options, and these can vary depending on model. You can choose different configurations, from side console to tiller steer, and there are items like a casting platform, rod holders, Bimini and envelope, transom step and rail, bait well and tackle box.

Livery on the test boats was designed for the anniversary year. This is an added extra, but it lifts the look of the boats beyond the norm, and is more pleasing to the eye than having a load of advertising stickers from tackle manufacturers along the sides.

The test boats were run with E-TEC and Vortex outboards. The Vortex is a cheaper, entry-level motor; however, the Quintrex people I talked with were impressed with the power and reliability of these outboards.