HOW MUCH IS ENOUGH 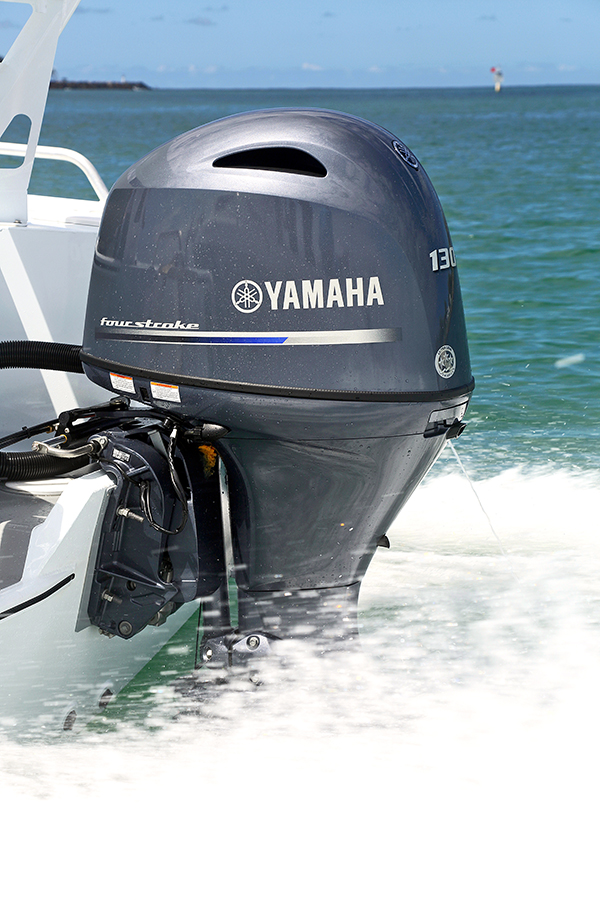 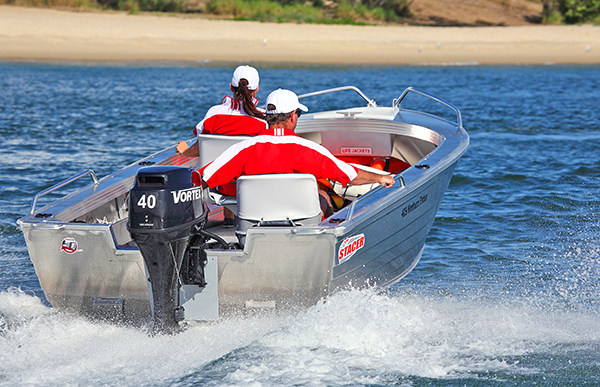 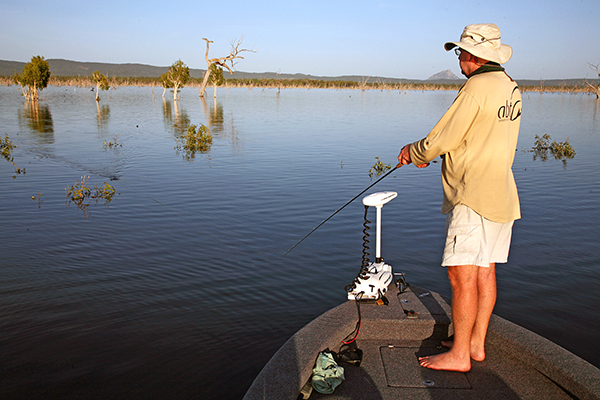 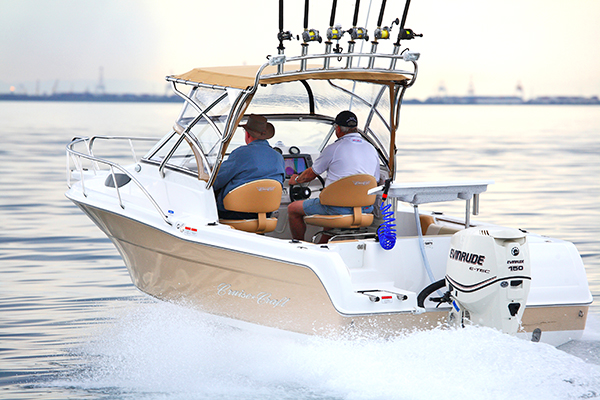 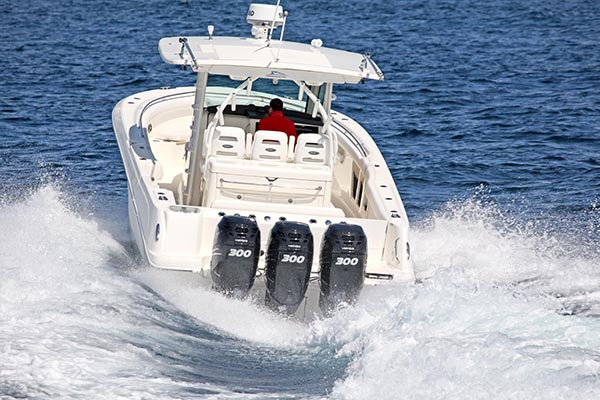 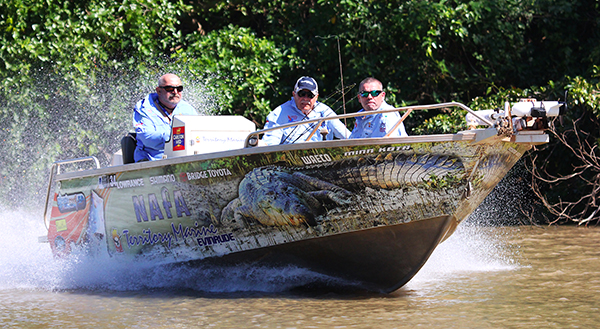 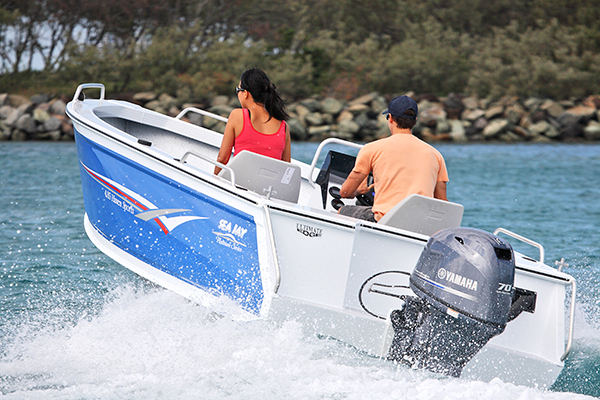 Choosing and buying a boat is only half the battle. Next comes the motor: brand and horsepower are not the only considerations.

After you’ve decided what boat you’re going to buy comes another difficult decision: what to power it with? A similar dilemma occurs when you’re happy with a boat you’ve been fishing from for some time, but the power unit is getting long in the tooth: what to re-power it with?

I’m on record (many times) as an advocate of maximum power on any fishing boat. Maximum power has a number of things going for it. With a motor at the hull’s rated maximum it’s not a problem to ease the throttle back when you don’t need full power, but impossible to open it further if the motor’s already full gas and a need for more power arises.

There are of course no absolutes when various other factors are brought into consideration, not the least of which being the weight of the bigger motor. Now that four-stroke motors are so popular, it’s often the case that motors that are more powerful are substantially heavier. And that’s one good reason why motors supplying a hull’s rated maximum aren’t always the best choice, and maybe aren’t the best choice for everyone.

The interesting thing about this is that the power to weight ratio of different brands vary widely. Sometimes by looking at a different brand, you can go for more power without a weight penalty. Sometimes you can switch technology, despite popular opinion’s four-stroke fixation, and go for a direct injected two- stroke. Evinrude’s E-TEC motors are always worthy of consideration.

An alternative probably not considered often enough with today’s one-eyed view of four-strokes is an old style carburettor two-stroke. They’re still around. The best new tech motors still struggle to approach their power to weight ratio, and a lot of us just use the outboard to reach the spot, and then fish on an electric. If you’re one of these, a carbie two-stroke will certainly get you there plenty fast enough, and once it’s shut down, who cares if it isn’t as smooth or quiet as a modern four-stroke?

Unless you like to troll a lot, then the beauty of choking prowling mozzies when you first start in the morning swings back the other way.

Chances are that you can buy an electric or a flash sounder/GPS with the cash left over after buying a carbie two-stroke. Unless you like to troll a lot, then the beauty of choking prowling mossies when you first start in the morning swings back the other way.

Let’s look at two examples of how the power to weight ration can be manipulated by switching between motors of one brand with more and less power, and by switching brands to gain more power without gaining weight. Please note at this point that because one brand comes in for a lot of attention now, it’s in no way a suggestion that this particular brand is being recommended over any other. If you stay with mainstream outboard brands these days, it’s actually difficult to buy a bad motor. What’s being said is to do your homework; it can make massive differences in power choice. The motors mentioned are fine motors no doubt, but they’re here as examples which make a couple of good points.

AJ and I encountered a great example of the plusses and minuses of more and less powerful motors at the recent launch of Yamaha’s F130A, a motor obviously intended to neatly plug a long existing gap between Yammie’s ever popular 115 and 150hp four-strokes.

One of the boats Yamaha had on hand to demonstrate their latest release was a boat I’m familiar with, a Cruisecraft Explorer 575. I’ve tested several variations of this brilliant offshore fisher/family boat and been impressed by a boat powered by a Yamaha F150a. I would have said F150a was a perfect match with the hull.

According to test figures supplied by Yamaha technicians, a Cruisecraft 575 powered by an F150 has a top speed just under 77kmh.  A 77kmh top speed means that in the real world going fishing, it would be a rare day indeed that, given the kind of weather you usually encounter out fishing, you’ll spend most of your time running in that sweet spot four-stroke outboards have around 4-4500 rpm. In this case, 4250 rpm equates to about 45 kmh, a comfortable, economical cruising speed.

In short, the F150a had exactly the kind of power reserve that has me advocating running a bigger motor rather than a smaller one.

Where this particular discussion gets interesting though is that the Yamaha F150 weighs 228kg and the new F130, 178kg. That’s a whopping 50kg lighter. Call it the weight of a big icebox, or a teenager, (hell I only weight 60kg,) who can be carried aboard before the boat reaches the same overall weight as one powered by an F150.

A solid point in favour of powering this boat with a 130 instead of a 150, despite what NAfA’s boating editor’s been saying.

Up until Yamaha released their new 130, I wouldn’t have hesitated to tell anyone who asked to power their explorer 575 with a 150hp motor. However, after testing an explorer 575 powered by the new 130, I’ve been forced to have something of a rethink.

Fair enough, 15 less horsepower made it noticeable with a slightly less impressive standing start hole shot. Although it was still pretty zippy, and once up and running, the F130 powered boat really got going, motoring right up to a top speed just over 67 kmh – call it 10kmh slower than a boat running a 150, or about five knots if you’re an insistent nautical type.

If you agree that ultimate top speed isn’t of great consequence in fishing boats anyway, in real terms the F130 powered boat doesn’t give a whole lot away. Especially when you delve a little deeper.

At going fishing speeds around 45kmh, the F130a powered boat was also spinning in the sweet spot, albeit at 4500 rpm where, according to test figures Yamaha made available on the day, it was consuming 20 litres an hour.

None of this changes my opinion that, within the bounds of common sense, more power is generally better than less.

None of this changes my opinion that, within the bounds of common sense, more power is generally better than less. Although while sticking to my guns, I have to acknowledge there’s food for thought there.

While in this thoughtful mood, let’s talk about repowers. As they say, hindsight is a great giver of wisdom, and if you’ve owned a boat long enough to repower it, there should be both a healthy serve of wisdom plus the kind of insight into the hull’s quirks you could only wish for when you bought the first motor.

Another factor coming into play here is that since you fitted the original motor, things have changed significantly in the world of outboard motors. Wisdom suggests a heap of homework before spending money.

I can speak from experience here because after a decade it’s time to replace the motor on my own boat. The existing motor, a 50hp Suzuki four-stroke, has done sterling service and still runs like a proverbial Swiss watch, and I still struggle to believe how little fuel it uses.

Four-stroke outboards have benefited tremendously from new technology since I fitted out my 4.5m Haines Traveller hull, and a new motor for it is a whole new ball game with some pretty exciting alternatives available that didn’t exist a decade ago.

Since then Suzuki has released a new generation of 50 and 60hp four-strokes weighing much less than the existing motor on my boat. Only one thing ever really disappointed me about this boat, it’s a bit slow. No matter how hard you wring its neck, top speed is 45kmh, and on big estuaries and dams, that wastes valuable fishing time, which is particularly frustrating when the hull could easily handle enough power to go much faster.

The Haines Traveller hull rides handles the chop big estuaries and big dams like Awoonga generate better than any other 4.5 metre boat I’ve ever ridden in. It’s nothing short of brilliant to a point where a fishing mate riding across Awoonga, (where central Queensland’s perennial 15-20 knot winds ensure bumpy rides are a constant part of fishing the place), for the first time, burst out: “Bullshit! No boat can go across there without beating the crap out of you and drenching you with spray. It’s bullshit … but it just happened.”

The layout, which in truth is no more than a faithful copy of AJ’s original Top Ender concept, works as well as it ever did.

The layout, which in truth is no more than a faithful copy of AJ’s original Top Ender concept, works as well as it ever did. Therefore, 10 years on, while the original motor’s still running perfectly, it’s time for a repower. Moreover, time to think very hard about that.

Obviously, I could go straight to a new DF60 Suzuki and lose a little weight while gaining brisker acceleration and a few k’s top speed. But the hindsight and insight mentioned before is telling me to look around and see what alternatives are about now — and to find as much power as the hull’s rated maximum weight (120kg) can handle.

I hope Yamaha are advertising in this issue because in motors weighing in around the 120kg the hull is rated for, the obvious choice of a DF60 Suzuki runs headlong into Yamaha’s F70a. Which just scrapes in at 119kg.

Alternately, a DF60 only weighs 102kg while (unfortunately) Suzuki’s DF70 weighs 160, ruling it out of my quest for as much power as I can find within the weight limit of my hull.

Do I have a choice? Not really, and it’s to my good fortune that the lack of choice here falls onto Yamaha, a brand which I think even their fiercest rivals would agree is certainly among the top brands available in this country.

Relating the tale of my own repower, and the considerations a newly released motor bring to the table highlights the value of doing all the homework you can before choosing a motor. There are so many factors to literally weigh up before deciding, and the obvious choice may or may not be the best one.

Everything being equal between two brands isn’t unusual in today’s outboard market, and it’s almost lucky when a deciding factor, such as the weight advantage of the 70hp Yamaha in my case, conveniently comes along. Whether my money will ultimately go towards the most power I can get for the weight my hull will handle, or I decide to stay with a brand that’s given faultless service for a decade, remains to be seen because in the end there are other considerations.

Price is a factor a lot of people make their deciding one. But I’d counsel caution there. To be blunt about it, and despite outboard motors being better engineered and more reliable than ever before, it’s still not hard to buy shoddy after sales service. So do everything you can to find out about other people’s experiences with the dealerships in contention to service you an outboard.

This used to be extremely difficult, however, as much as I’m hesitant to praise the Internet, and there certainly are opinions expressed on forums that apparently come from the complete crazies of this world, forums can be a valuable if not reliable source of such information.